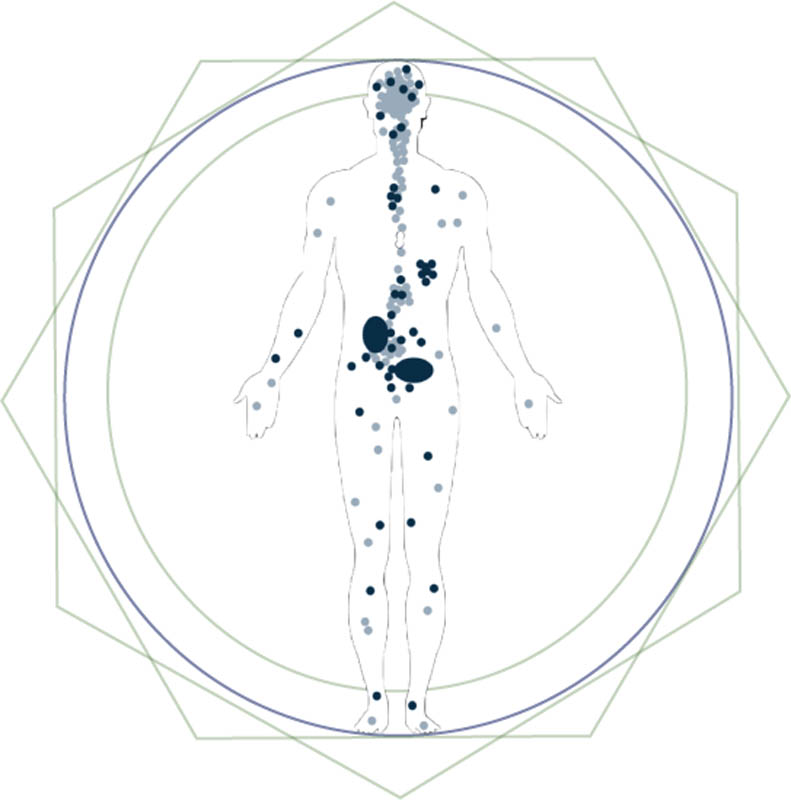 The human body is complex, consisting of a variety of systems simultaneously working together and independently. In schools across the world, we are taught about the anatomical systems from a young age; skeletal, muscular, respiratory, digestive, cardiovascular, nervous, to name a few. Its easily understood how all of these systems work independently while simultaneously are intrinsically interconnected. However, what is left out of the curriculum is the Endocannabinoid System (ECS) despite its discovery nearly 30 years ago.

Before we continue, be warned that this attempts to explain the ECS from a scientific approach. We have tried to break this system down to its simplest terms, but the human body is complex and intricate. For a quick explanation of the ECS and CBD, scroll to the bottom to find A Brief Summary of this topic.

To understand the ECS and its role in the body, we need to understand cell signaling. This refers to the process in which cells communicate by sending messages to one another, dictating how the cell should act or what the cell should do. Each cell has a set of receptors that only receive certain messages. Now, this is a gross over-simplification; the variety of cell types, their receptors, and types of signaling that exist are vast, but the principle is the same.

What Is The Endocannabinoid System?

The ECS resides within all living animals except the insect. It is a messenger and receptor system integral to homeostasis, or the management of balance within your body. For instance, when your immune system initiates inflammation in response to illness, disease, or trauma, your endocannabinoid system is responsible for regulating the amount of inflammation, and when these processes should stop. With more and more research being done, we are finding more and more physiological processes are directed, corrected, and overall managed by the
endocannabinoid system.

The ECS Is made up of three different components; endocannabinoids, receptors, and enzymes.

Endocannabinoids are signals that the body naturally produces to stimulate the ECS. Anandamide (AEA) and 2-arachidonoylgylceride (2-AG)

These are the enzymes that create endocannabinoids when they are needed, and breakdown the cannabinoids after their job is done. (FAAH and MAGL)

It is important to note that all of these components are naturally occurring in the body. The name endocannabinoid is named after the cannabis plant because the plant was critical in uncovering the anatomy and physiology of this system.

How Does the ECS Work?

This is where cell signaling comes in. The process occurs through what is called retrograde signaling. The endocannabinoid is actually created in the postsynaptic neuron (in response to neurotransmitter stimulation). It then travels back (retrograde) to the presynaptic neuron (this is where the receptors are found). This is where it initiates its task, to bring balance to all systems throughout the body.

Let’s look at a simple example. Let’s say you turn on your T.V. However; it turns out that it is far too loud, or the T.V. is “over-stimulated.” Naturally, you lower the volume of the T.V. to a manageable level. This is what the ECS does to all physiological processes throughout the body!

What Does The ECS Do?

As we touched on before, the ECS is responsible for managing and regulating all other systems in the body. From embryonic development to immune-surveillance, there is not a single function in your body that is not somehow influenced by the ECS.

What Does CBD Do?

Why is the body out of balance in the first place? Factors like diet, exercise, stress, sleep, genetics, and more greatly affect the endocannabinoid production in your body. Here is where plant-based therapy comes in. Phytocannabinoids (plant-based cannabinoids) are found in the cannabis plant. There are over 100 different phytocannabinoids within the plant, each with unique benefits affecting the body differently.

There is research still being done to find out exactly how phytocannabinoids work. We know that THC (the psychoactive compound in cannabis) directly attaches to the CB1 receptor.

So far we believe that CBD not only interacts with the CB receptors, but also promotes the creation of endocannabinoids, and delays the enzymatic processes that break endocannabinoids down. This process fights chronic and acute inflammation while fighting oxidative stress and cell degeneration, all of which are believed to be the cause of many diseases.

We understand that it’s a lot of information to process. Anatomy, physiology, therapy; it is all here, and it can be overwhelming. The Endocannabinoid System is naturally occurring in your body. Its job is to re-establish balance or homeostasis throughout your body. It’s a cell signaling based system and requires constant attention. A healthy Endocannabinoid System addresses the issues associated with chronic inflammation and oxidative stress. Diet, sleep, and stress management are essential components for endocannabinoid production. We use plant-based therapy (phytocannabinoids) like CBD (and many others) to assist our body’s system in balancing and healing.

For more information about phytocannabinoids, check out our CBD 101 articles. For a deeper look into how CBD is helping those with particular needs, check out Health & Wellness.