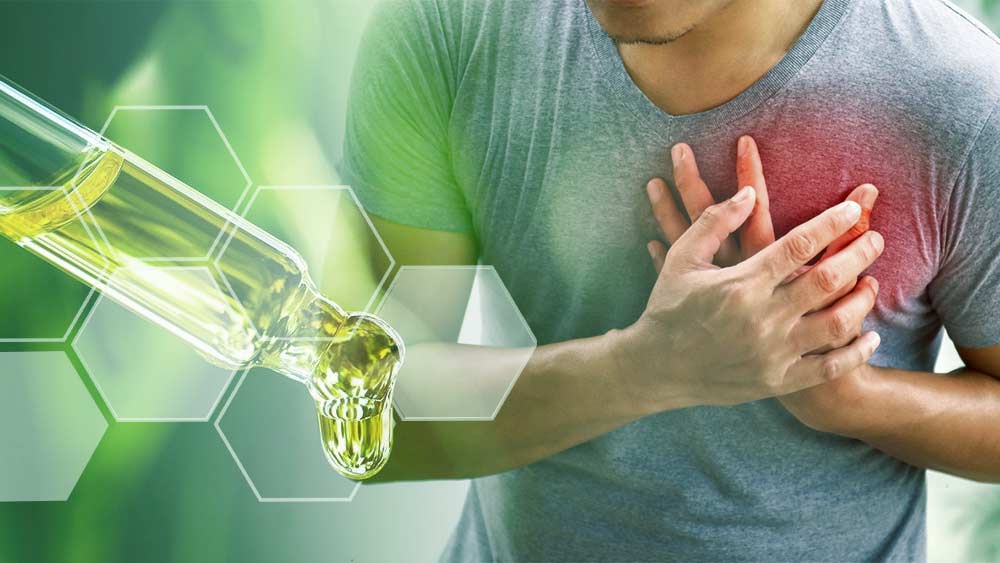 Heart Disease, a very serious and dangerous illness that is too common here in America. Nearly 1 in every 4 deaths a year are heart disease related. It is important that we learn about what causes heart diseases, and what we can do to gain a winning edge.

Atherosclerosis refers to the buildup of plaque in and on your artery walls, restricting blood flow resulting in various complications, from high blood pressure to heart attacks and even aneurisms.

Before we can understand how CBD products can help with reducing the buildup of plaque, let’s take a closer look at just how plaque is generated in the first place (if you’re already familiar with the mechanisms at play and more importantly the immune systems role in the buildup of plaque skip to “Plaque Buildup and the CB2 Receptor”

Where Does Plaque In Our Arteries Come From?

While it is important to avoid eating LDLs, it is inevitable that we will consume some amount of it. There are certain receptors that process LDL, and under normal circumstances they do a good job of metabolizing LDL. But in some conditions it is not enough, including

Under these conditions, the cells that form the walls of your arteries (endothelial cells) can get damaged. The damaged cells leave space between them for LDL to sneak into the walls, which is where the trouble really begins. Once this happens, the damaged cells stick out hooks that capture white blood cells, pulling them into the walls of the arteries (these hooks are known as “adhesion molecules”). Here’s where the immune system gets involved.

The Immune System and Plaque

The white blood cells carry out 3 functions at this time; (1) they consume the LDLs, (2) they recruit the help of more immune cells by creating inflammation, and (3) they release free radicals that attach and oxidize the LDL (marking them for consumption). The cycle of oxidative stress > inflammation creates what’s called a “positive feedback” loop leading to uncontrollable inflammation and oxidative stress.

Smooth muscle tissue (the muscles of your arteries) also joins the fight at this time, breaking off cells to consume LDL. As all these cells consume the bad cholesterol, they become what is called  “foam cells” (named for their foamy appearance). Over time foam cells die, releasing their contents (LDLs) back into the area. The unmetabolized LDL and debris of dead cells harden and becomes plaque, restricting blood flow.

CBD works by stimulating our Endocannabinoid System (ECS). The ECS is a cell signaling system responsible for maintaining homeostasis (or balance) throughout your body. Ever get so hot that you sweat? That’s your body trying to reach homeostasis. Receptors are found in cells all over your body, but we see concentrations of ECS receptors in you immune system cells and your central nervous system. For more details about the Endocannabinoid System and its intricacies check out our post.

In summary, there are two main receptors, CB1 and CB2. You can think of a receptor as a lock to a doorway. The body also creates ligands (molecules that fit like keys inside the lock) that open this doorway initiating physiological processes that control positive feed back loops.

Plaque Buildup and the CB2 Receptor

So, now that we know how plaque is formed, and how inflammation plays a vital role in the buildup of plaque, now we can learn how CBD can help.

These test results compared the effects of atherosclerosis, one group was used as the control while the other group was given CBD/ THC. It was discovered that the group that had been using CBD/ THC had significantly less buildup of plaque throughout their body.

They were able to administer molecules that block CB1 while not blocking CB2, confirming that the receptor CB2 is indeed responsible for the majority of the anti-inflammatory effects.

It was also discovered that CB2 played a major role in the activation of adhesion molecules (the hooks that grab onto the white blood cells), preventing white blood cells from entering the walls of the artery. By reducing the amount of monocytes entering the walls of the arteries, we are also reducing the amount of oxidative stress being put into our bodies. Giving our bodies time to metabolize LDLs through proper channels.

Let’s go over it quickly one more time to reiterate how we can combat plaque with CBD.